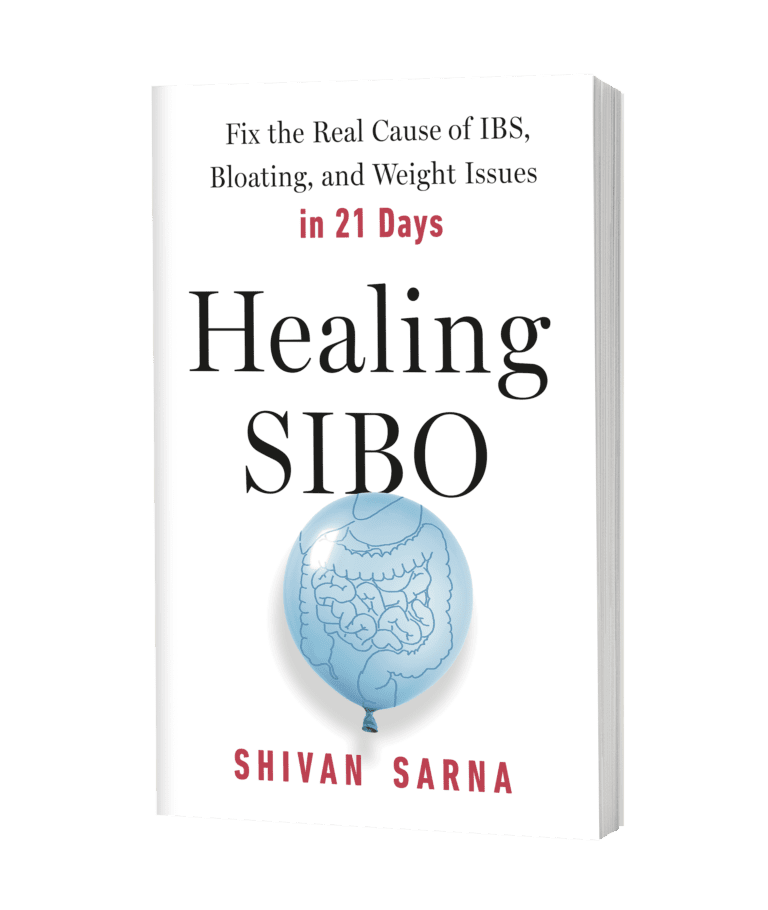 Thanks so much for reading Healing SIBO!

Just by making it to the references page, I know you’re incredibly self-motivated to heal your gut, and take your life back! Here’s what you’ll find on this page: Exclusive discounts on some of my favorite SIBO products Information on the SIBO Recovery Roadmap All the references in Healing SIBO! 20% off enter code SIBOSOS at checkout. $15 off + free shipping. Click the image to get your exclusive discount! Save $10. Click the image to get your exclusive discount! 10% off. Click the image to get your exclusive discount!

Create and Execute a Step-by-Step Healing Plan for SIBO - with Support Every Step of the Way!

The SIBO Recovery Roadmap is based on the same healing algorithm Roadmap Guide you’ll find on page 111 of Healing SIBO.

Were you inspired by what you read in Healing SIBO to get started treating and beating SIBO? Join Shivan Sarna and Dr. Allison Siebecker, ND for a 37-lesson video course walking you through each pivotal step of understanding, diagnosing, treating, and yes BEATING SIBO… all from the comfort of your own home, at your own pace. It’s the ideal next step for anyone who wants extra support and guidance during the healing process.

As Promised, Here Are the References from Healing SIBO

Looking for a specific reference? Hit Command + F (Or Control + F) to open a search bar in your browser...

“By combining cutting-edge technical and medical information from health experts with her own expert advice and insights as a patient who has been there herself, Shivan has created an invaluable resource for the millions of people struggling with SIBO. I highly recommend Healing SIBO.” ~ Dr. Allison Siebecker

“Shivan has done more to help SIBO patients understand and heal their condition than anyone. Her mission is to educate the public on the most cutting edge information about SIBO treatments and this book is no exception. This is your one-stop guide to everything you need to know about living with and treating SIBO.” ~ Dr. Ilana Gurevich

“Healing SIBO is an amazing contribution to those diagnosed with SIBO as well as those who are just beginning to address their gastrointestinal issues. Shivan Sarna has worked with the best doctors, nutritionists and other healthcare practitioners in the SIBO community for years and it shows in the wealth of information that she presents in this book. She offers practical advice and breaks down the intricacies of healing from SIBO to make it accessible to everyone.”  ~ Kristy Regan, MScN

“Ms. Sarna has written an absolute gem of a book. As a sufferer of SIBO herself she includes tips and tricks for understanding SIBO and IBS from the inside out. She takes an incredible amount of information that can be overwhelming and turns it into an easily digestible and incredibly rich resource for not only the SIBO patient but also for physicians who need to understand what options their patients have for diagnostic testing and treatment of this disorder. Ms. Sarna has taken her access to interviewing all of the top clinicians and researchers in the SIBO landscape and has synthesized that information in a way that the reader can access all of the most comprehensive and uptodate ideas around testing, treatment and understanding of their health picture. This is a must-read.” ~ Dr. Anne Hill

“Shivan Sarna’s new book, Healing SIBO: Fix the Real Cause of IBS, Bloating, and Weight Issues in 21 Days, has a powerful dedication at it’s very beginning: “To anyone who has ever had a medical mystery.” Having spent over a decade as a Naturopathic Doctor treating medical mysteries, I say this book – a guidebook to overcoming SIBO – is long overdue. SIBO has been a medical mystery disrupting millions of lives around the world. In addition to a plan to eradicate SIBO, this book powerfully outlines the hurdles. Like so many chronic illnesses, one of the main obstacles is that it mirrors the symptoms of many other disorders, leaving it underdiagnosed and untreated. Make no mistake, the domino effect of SIBO is not just a digestive inconvenience or bloating, it is also often responsible for food allergies, as well as simultaneously causing weight gain AND malnutrition. In a world where Google floods us with more information than we could absorb in a lifetime (never mind discerning what is accurate and relevant to your own health journey), Shivan Sarna has broken down the causes, the condition, and most importantly, provided a step-by-step simple pathway back to health. Healing SIBO is a must-read for anyone navigating SIBO, digestive issues, or unexplained symptoms.”  ~ Dr. Christine Schaffner

“Healing SIBO contains the practical steps a patient needs to take to get well. Shivan has interviewed and distilled the best practitioners in SIBO world to create a book that any IBS person should own. After reading this you’ll end up knowing more about SIBO than 99% of doctors. Which is very important because healing from chronic conditions takes a multifactorial approach that Shivan lays out. If you think getting rid of SIBO is just about the right tests and killing protocols you’re missing 50% of the getting well map.” ~ Steven Wright (HealthyGut.com) 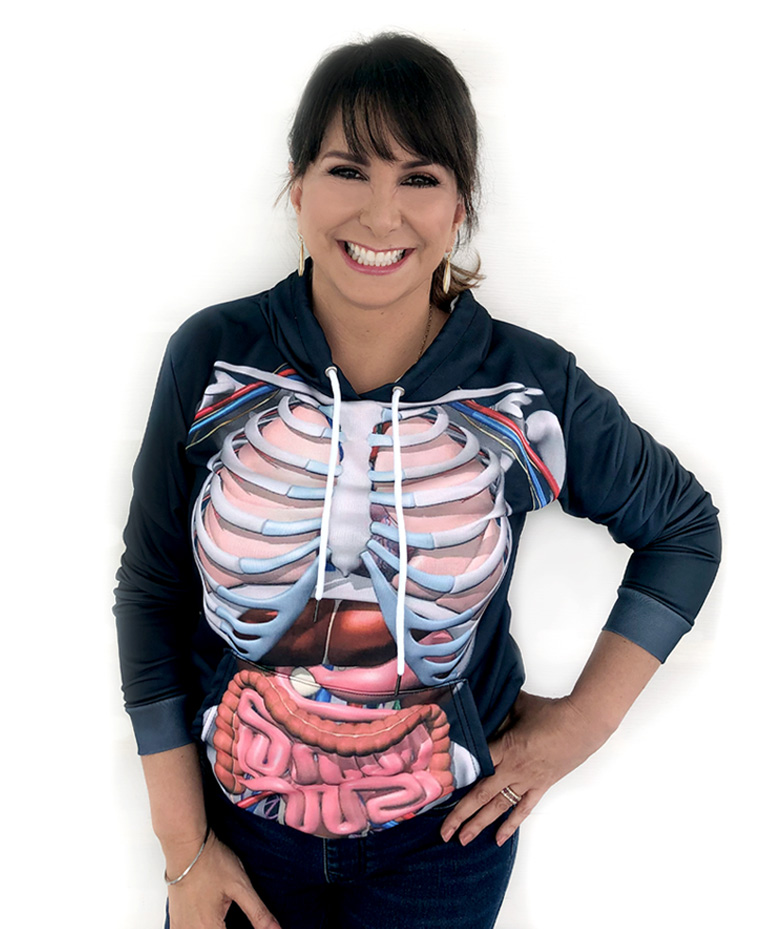 I’m Shivan Sarna and over the past 20 years you may have seen me as a TV Host (especially if you like shopping). So how did I end up at SIBO SOS?

After a lifetime of digestive problems, I was diagnosed with Small Intestine Bacterial Overgrowth in 2015. I was so excited to finally have a name for the symptoms that made me miserable – but I was quickly very frustrated by how hard it was to get access to reliable SIBO information, or even an appointment with a doctor who had experience treating SIBO. I set out to get answers about SIBO for myself – but along the way, I met hundreds (and then thousands) of other people like you who had the same problems: How do we find experts who really understand SIBO? What do we do if we can’t travel to see one these experts? Will we have to suffer forever?

I went back to my roots as an advocate and educator focusing on bringing the experts together in one place to teach all of us: that’s how SIBO SOS® was born.

After finding the answers for myself, I created SIBO SOS®, four summits, and a documentary all about how to heal from SIBO and gut issues. Then I wrote my book, “Healing SIBO” to get the answers to YOU. In your journey to understand, treat, and manage IBS, SIBO, and other digestive issues, I’m your guide, advocate, support, and shoulder to cry on – I’ll give you a nudge, introduce you to the people with the answers, and always be here to encourage you.

I want to save you time, energy and money by giving you the expert answers in a concise way.

Get the answers you need so you can start healing and get back to life!